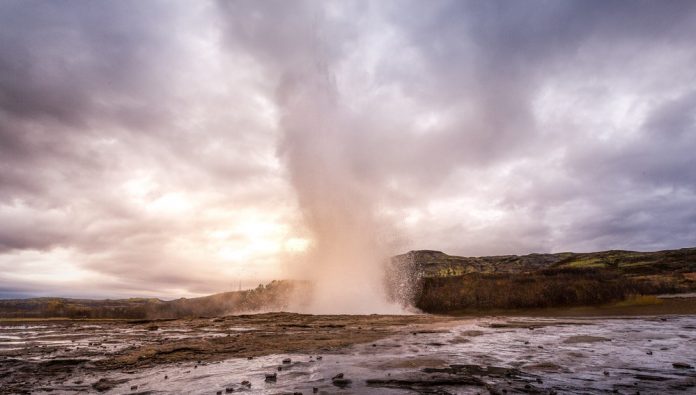 Iceland is famous for being one of the safest countries in the world and also for its cosmopolitan capital, Reykjavik. It is one of the few places in the world where you can contemplate the Aurora Borealis, its gastronomy is most special and has given the world artists of the stature (and extravagance) of Björk. As if all of that wasn’t enough, HBO did the rest. How? ‘Or’ What? By establishing some Game of Thrones filming locations in Iceland. Here are some of the most important.

The debut of the third season of the series begins with Sam’s flight. A snowstorm surrounds him, relentless, and he is attacked by the White Walkers. All around, you can see mud pools, fumaroles, and sulfur springs. It’s all part of the charms of the region, which has been heavily visited by intrepid travelers who don’t mind the cold long before the scene is shot.

The blizzard, moreover, was artificial.

Let’s continue in the third season, this time in episode 2, part of which was filmed at Lake Myvatn. If you visit it today, you will see lava rocks strewn across the landscape, giving it that particular air you see in the series. This is where the savages took Sam. And if you think you’ve seen the area in other episodes, you’re right. Ygritte and Jon Snow passed this way before she disappeared into the famous cave.

Here you find the entrance to this cave. Of all the Game of Thrones filming locations in Iceland, this one is perhaps the most visited by tourists and fans of the series. This is where Ygritte and Jon Snow consume their love.

You can now visit and even take a bath, but keep in mind that the hottest scenes weren’t shot here but in the studio. The only real thing that appears on the screen is the entrance to the cave. The water is over 40 degrees, which would have fogged the lenses of the team’s cameras. You have been warned, if you wear glasses and visit Grjótagjá, remove them before entering.

In the sixth episode of the fourth season, a little shepherd is starved by one of Daenerys Targaryen’s dragons. The boy, on a cliff, is having fun throwing rocks at the bottom when the dragon appears, charring the herd, and walks away with a piece of cattle in his claws. The scene, which only lasts a few seconds in the series, took an entire day to shoot. You can have a great time walking around this site with the assurance that no mythological animal will come looking for you… or not.

Thingvellir is a particularly attractive location for tourists before it became part of the Game of Thrones filming locations in Iceland. Thus, to shoot the scene of episode 8 of season 4, the visits had to be interrupted. Before HBO came along, the most interesting point was a nearby waterfall. Travelers now come to follow in the footsteps of the Dog and Arya Stark, who passed through the area before reaching the Blood Gate. On the screen, you can see more or less level ground, but in reality, the road surface is not that flat. If you go, wear suitable shoes.

In the last episode of the fourth season, The Dog fights Brienne of Tarth. The shoot was tough and the battle incorporates views from different locations, but one of them is Mount Hengill. But it’s hard to tell them apart, as they only appear on the screen for a few tenths of a second.

Do you want to visit the famous Wall? Jorah Mormont and John Snow cross it and appear on an island whose surface is covered with black sand. This is the fifth episode of the seventh season. The Wall, as it appears on the screen, is part of the natural cliff at Dryhólaey Beach. However, there are a few variations: on TV its size is ten times larger

Getting to Stakkholtsgja is an adventure in itself. The little streams you have to wade through to reach this destination were huge streams of water when the sixth episode of the seventh season was filmed. This is where the group of allies passed who had to capture a White Walker to gain Cersei Lannister’s favor. Something that never happened elsewhere.

In 2010, the Eyjafjallajökull volcano plunged Europe into a communication crisis. Interestingly, one of the Games of Thrones filming locations in Iceland is very close, on the side of a glacier. It was used to shoot scenes called ‘walk and talk’. It’s quite ironic when you consider that the eruption of Eyjafjallajökull had prevented air transport and cut off communications a few years before.