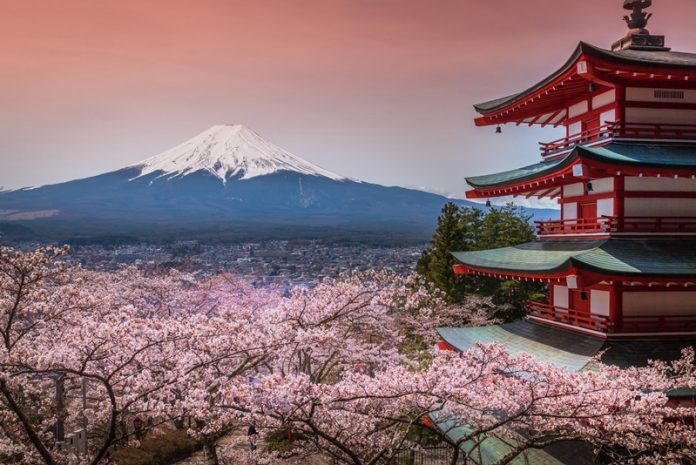 The 2020 Olympics are just around the corner. This time around, they will take place in Tokyo, a modern and futuristic city that has managed to bring together key moments like the torch relay with others as spectacular as the cherry blossoms. Plan your trip and discover this wonderful country for a unique opportunity.

Important facts about the 2020 Olympic Games

The first Olympic Games that held in Tokyo in 1965; an event that allowed Japan to open up to a new era. With the celebration of the 2020 Olympics, expectations are very high and an unprecedented expected.

During its organization, in addition to its innovative character, three principles were established on which all activities will be based. It is about self-improvement, diversity, and the connection to the future.

As for important data on the 2020 Olympic Games, the event will take place from July 24 to August 9, which is 17 emotionally-charged days. The opening will take place in Tokyo’s New Olympic Stadium or New National Stadium, although sporting activities will begin two days before.

The venues for the 2020 Olympic Games will be located in two areas. First of all, the Heritage Zone, which is the previous games were held, and the Bay Zone, a modern venue with buildings designed for this event. As a curiosity, one of the areas is superimposed on top of the other, so that the infinity symbol is drawn, as a legacy of the games and the relationship between past time, present, and future.

What to know to get to the 2020 Olympics

The celebration of the 2020 Olympic Games includes a total of 339 events, covering 50 disciplines and 33 different sports. Among the latter, there are 5 who will make their debut in the Olympic Games this year: karate, skateboarding, surfing, climbing and baseball.

Tickets were initially available only to Japanese residents on the official event website between Spring and Fall 2019. Next spring, last minute ticket sales will begin, which will allow those who do not reside in the country to have access to it.

On March 26, the torch relay for the 2020 Olympic Games will begin in Fukushima Prefecture, heading south. One of the natural spectacles that can admired will be the flowering of the cherry trees, more precisely at the beginning of April. The purpose of the relay is to promote the values ​​of the Olympic Games and to show solidarity with the regions which have been affected by natural disasters.

What to see in Japan

Whether we want to go to the 2020 Olympics or visit the country after the event, this country has great historical and cultural wealth. Considered as the land of the rising sun, you will not only have the opportunity to discover ancient traditions, but also its particular gastronomy and the personality of its people.

In addition to visiting the venues for the Tokyo 2020 Olympic Games, Kyoto is another city not to be miss. This city, the Legend of the geishas and their apprentices or maikos is home to many temples and shrines, such as Fushimi Inari-Taisha, Kiyomizudera Temple and the Golden Pavilion.

Other mandatory stops are the bamboo forest, boating on Lake Ashi or visiting Nara Park. There are deer, considered ancient messengers of the gods. And thanks to improved transportation for the 2020 Olympics, getting around this country quickly becomes very easy with its futuristic options.

This small village known as the White River Village is located in the Japanese Alps. Its houses made with thatched roofs capable of withstanding heavy snowfall, and it also has a vantage point that will show us magnificent views. A picturesque place not to miss.

Former capital of the country, it houses the essential Todaiji temple, where the Great Buddha of Nara is located. You can also discover a park bearing the same name, with other temples and beautiful gardens.

Another recommended stop is Himeji or White Heron Castle, a World Heritage Site. Surrounded by cherry trees, this medieval gem restored a few years ago and has once again become an impressive place like few others in the world. White in color, as the name suggests, this is one of the most iconic images of Japan.

If you want to take advantage of the celebration of the 2020 Olympic Games to visit this modern but historic country, do not miss this unique opportunity!