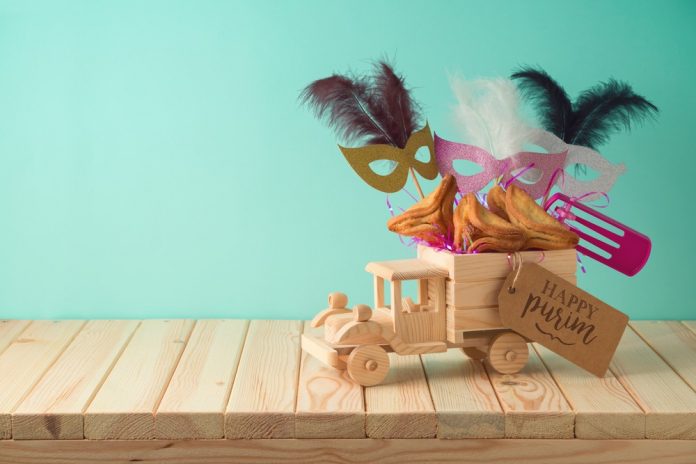 Purim, or Jewish carnival, celebrated every year in March. Although it is rather by chance. The actual date given by the Jewish calendar is the 14th of the month of Adar. As the Hebrew calendar fluctuates, this date usually coincides with the month of March.

Purim is the commemoration of King Haman’s failure in his attempt to exterminate the Jews in the 4th century BC.

Purim story. The Book of Esther and the Carnival of the Jews

To understand why this Jewish holiday is the happiest on the Hebrew calendar, why food are allowed without limit, and even to the point of getting drunk, you have to delve into history.

The ancient Persian Empire covered 127 countries and the Jewish people were among its subjects. One of the Persian kings was Haman, he had friends but also enemies, and one of them, King Ahasuerus, executed his wife. To replace her, a beauty contest was organized. The latter was won by a young Jewish woman: Esther. But Esther kept her origin a secret. In the meantime, Haman, a well-known anti-Semite, has been appointed Prime Minister of the Persian Empire.

All the rulers of the countries ruled by the Empire were to pay homage to Haman, but Mordecai, the leader of the Jewish people and cousin of Esther, refused to do so. Then Haman, in an immense fit of anger, convinces the Persian king to order the extermination of all the Jews in the kingdom in one day, whether they are men, women, children, or old people.

This day would be the 13th day of the month of Adar.

Mordecai knew the Jews gotten into trouble, but he trusted his God. So he gathered all his people together, repented of their sins, and lifted up their prayers to heaven. In the meantime, Esther had a little more pragmatic plans: seeing what was going to happen, she took her husband to a private place and revealed to him who she was and that she was of the Jewish ethnicity.

The result? Haman hanged and Mordecai appointed Prime Minister of the Persian Empire. His first act as a ruler is to change the law that prevented the Jews from defending themselves against their enemies. So on the 13th day of Adar, a great battle won by the Jews. And the 14th marks the celebration of victory.

They listen to the Megillah

The Megillah is a reading from the book of Esther that is done on two occasions: on the eve of the Jewish carnival, i.e. on the 13th of Adar, and a second time during the celebration of the feast on the 14th.

The correct rite is only performed if every word of the Megillah is heard. During the reading, whenever the name of the anti-Semitic king is spoken, the listeners stamp their feet on the ground and make a loud noise with rattles and hisses. This symbolizes the erasure of the name of the evil monarch.

Matanot Laevionim: giving to those in need

While helping those who need it most is an ongoing concern, it is more important to keep this precept on Purim. During the Jewish Carnival, charity should offered to at least two people in need.

The carnival of the Jews is the time of unity and friendship, which is celebrated by sending food to loved ones. it is important that the gifts sent contain at least two types of food and men send food to other men and women to other women,

While giving charity to those in need is most effective without a middleman, the best way to send food is through third parties. It is usually the children who do it.

Eat, drink and be happy during the Jewish carnival

Purim is one of the happiest celebrations on the Jewish calendar and to honor it, families and friends gather for a special meal at least once during Adar 14. The consumption of alcohol during this meal is part of the ritual.

During the celebration of the Jewish Carnival, children often wear funny costumes that allude to the miracle that happened so many centuries ago. Also, it is customary to prepare delicious treats called Ears of Haman, Hamantashan, or Oznei Haman. They consist of a dough made from flour, filled with a jam from figs, quinces, or poppy seeds and sometimes nuts. They have a very particular shape, in the shape of a triangle with the filling in the center, partially hidden.