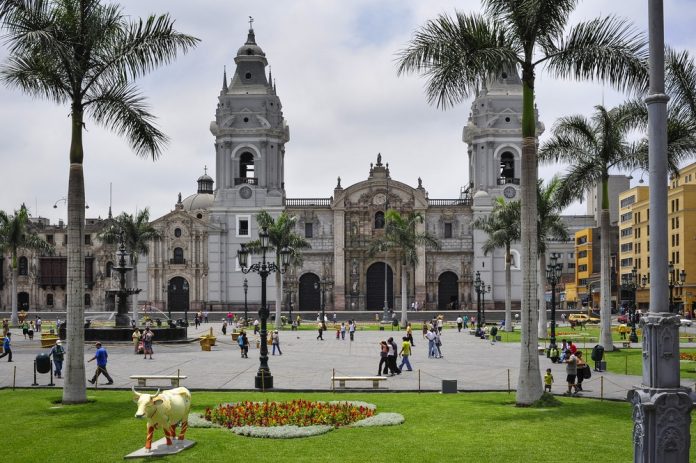 Lima is the capital of Peru, a country full of treasures from the past, such as Machu Picchu or the Sacred Valley. Few travelers decide to visit the country just to see its capital. However, it is the gateway to one of the most spectacular destinations on the planet. You might not spend a lot of time in its streets, which is why we have prepared a short guide that shows you what to see in Lima in a day.

The best views of the Miraflores malecón

The route with the points of interest to see in Lima in one day should start with the district of Miraflores and the malecón of the same name. In fact, you will probably be staying in this area, which is the safest part of the city and is full of parks and gardens. It also has its own beach.

As for the Miraflores malecón, it stretches for 5 km and passes through the malecón de la Marina, Cisneros, and La Reserva. A route along the cliffs of the Costa Verde. Without a doubt, one of the best views the city can offer.

As we talk about what there is to see in Lima in a day and we started with Miraflores, the best way to enjoy the weather is to take a walk in Parque del Amor, the most famous park in the city. Do not miss the sculpture “The Kiss” by Victor Delfin.

Perhaps the walk we have suggested for you to start the morning has left you hungry, so you can take a break at the Larcomar shopping center. It is one of the biggest and busiest in Lima and you will love its gastronomy. Take a “Pisco Sour”. You can’t leave Lima without tasting it. Of course, you can’t ignore the ceviche either.

We continue close to the Miraflores district to cover the most important landmarks to see in Lima in one day. In this case, we recommend this pre-Hispanic archaeological center with a ceremonial character.

It consists of a large truncated pyramid and lower buildings all around.

Once your visit is over, it’s time to head to the city center.

The historic center of the Peruvian capital is, without a doubt, a must-see for anyone looking for what to see in Lima in one day. This is where most tourists concentrate, and for good reason.

Plaza de Armas is the most iconic space in the city and from Miraflores you can get there either by Taxi or by bus (they are called colectivos there).

It is in this square that some of the most imposing buildings of Lima are located, such as the Cathedral, the Government Palace, the Archbishop’s Palace, the Church of the Sagrario and the famous statue of Francisco Pizarro on horseback.

Just walking around the square is worth it, but don’t forget to visit the interior of the buildings that allow it.

Unlike many European cathedrals, the one in Lima combines several architectural styles, such as the Renaissance style on the facade, which also features Plateresque details, and the neoclassical style present in the towers. Inside, the ceiling stands out, representing a night sky filled with stars, reminiscent of the style of the small French chapel, the Madeleine.

To enjoy all there is to see in Lima in one day, you have to leave the Plaza de Armas and go to the Municipal Theater. It dates from 1915 and is one of the oldest buildings in the region.

This square celebrates the independence of Peru and is a tribute to its architect, José de San Martín. If you are interested in places of great historical significance, you cannot miss them.

Back in Plaza de Armas, your eyes will be on the main neo-baroque facade of the Government Palace, but don’t miss the side facade, in neocolonial style.

The government palace is not only the seat of this organization, but the presidents of Peru live there, as, in their time, Francisco Pizarro, as well as the liberator, Simon Bolivar.

The Monastery of San Francisco and its catacombs are the key points on the entire list of what to see in Lima in a day.

The catacombs can be compared to those in Paris and are considered part of Peruvian historical heritage. It is estimated that they house the human remains of more than twenty thousand people and their state of preservation is simply astonishing.

When you leave the catacombs, go to Parque de la Muralla. You are about to end your visit to Lima and you should clear your mind a bit before you go.

The Bridge of Sighs

The last stop of the must-see sites in Lima in a day is very close to the Miraflores district. So if you are staying there it is the perfect place to end the day.

It is a wooden bridge that leads to a gazebo where one can bid farewell to the ocean and to Lima with a magnificent view. You’d better get there at sunset to enjoy the light.