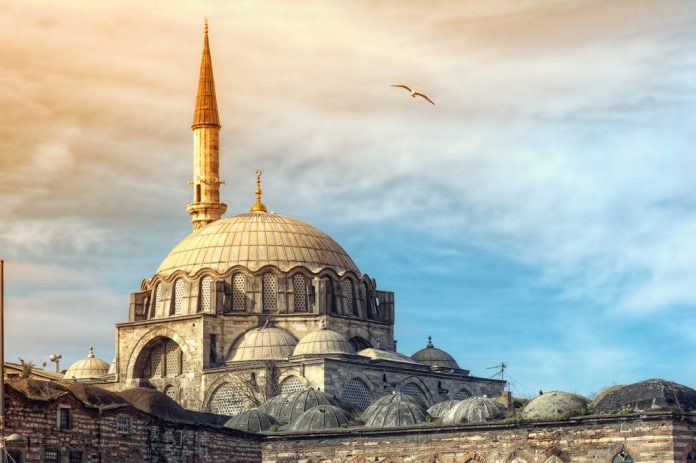 We have already mentioned responsible for tourism. Respect for the culture and traditions of the destinations we visit is fundamental when it comes to responsibility. When we travel, places of worship far from our own seem mysterious, exotic, and sometimes we enter them without special precaution. However, this shouldn’t be the case. What we consider to be a tourist attraction, is for those who go to pray, a sacred place. Something we must respect in Buddhist temples as well as in Orthodox churches or any other religion. That’s why we’re going to come up with a list of four things you should know when visiting a mosque.

Make sure you can visit the chosen mosque

You should know when you visit a mosque, that not all of them are open to the general public. For some, only Muslims can enter. There are places, like Istanbul, where not only tourists of all faiths can enter, but they also provide scarves and ensure that women have their shoulders covered, for example. But Islam is one of the most prevalent religions on the planet, and you will find countries that are less tolerant.

The first thing to do before planning your visit, therefore, is to make sure that you will be allowed in. This will prevent embarrassing moments for you and your hosts.

People who do not practice any religion, or those who profess more flexible beliefs, find it strange to have to dress a certain way in certain places of worship. But in reality, before entering a mosque, you should know that the rules on the dress are quite strict.

Before entering the enclosure, you must remove your shoes. There are usually places to leave them at the entrance to the mosque. The same is true in Buddhist temples, for example. It is not only a sign of respect, it contributes to the cleanliness of the building.

As for women, they should also cover their ankles and wrists with loose clothing. In any case, the shoulders should be covered, and in some places, it is necessary to cover the hair as well.

Another thing to know before visiting a mosque is that you should behave with due respect inside. It is not proper to put on your clothes during worshipers’ prayers, and it is certainly not correct to roll up your sleeves. The latter is a completely normal gesture, especially in hot weather, but it can be interpreted as a significant disrespect.

Also, keep in mind that Muslims have a habit of praying on the ground. If visiting the mosque is permitted during prayer time, try not to hamper worshipers. Be discreet, and if you see that there are more people praying than visitors, sit on the floor so as not to attract attention. Do not sit with your legs extended, as this is considered a disrespectful gesture. And don’t get on your knees either, because it’s only for Muslims.

You will see that no one is looking to the sky during the prayer. If you want to admire the decoration of the interior of the mosque, wait until the end of the prayer, because looking up is considered an offense to Allah. If you are not a Muslim this rule does not apply to you, but we are talking about acting with respect and things to know before visiting a mosque.

Finally, it is advisable to stay in the background, away from the worship area so as not to disturb people who are praying. Keeping silence during your visit is an international sign of respect if it coincides with a moment of prayer. Otherwise, in all cases, it is better to speak in a low voice.

Depending on the mosque you are visiting or the country, you may be forced to visit it alone if you are accompanied by a person of the opposite sex. Islam requires men and women to pray separately, and there are rooms for men and women only. This is not the case in the most visited mosques, but it is possible that it happens to you. Remember that there is nothing strange about it, don’t worry, and act naturally.

Fortunately, the world has many beautiful mosques, like the Alabaster in Cairo, the Blue Mosque in Istanbul, or the Mosque in Cordoba. To enjoy them all with the greatest comfort, practice responsible and respectful tourism. Use this little list of things to know before visiting a mosque and